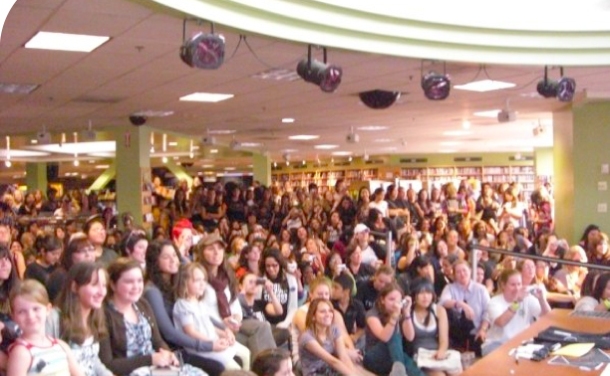 Not to dribble on your dreams or anything…

It’s pilot season, that crazy time of year when hundreds of actors go out for dozens of parts while thousands of hopeful wanna-bes let their fantasies get in the way of their finances. I’m here with the official, “Whoa! There, Bessie,” because the truth is a lot less pretty than the “pilot panic” mongers even begin to warn.

First, a bit of background, both professional and personal.

A long time ago in a galaxy far, far away (also known as 1999), this idea of pilot season was cemented by the broadcast networks (today, these would include ABC, NBC, CBS, Fox and—to a lesser extent—CW) which had a pretty predictable calendar. In the summer, they would receive pitches, in the fall they would order scripts, by January they chose a handful of scripts to produce on spec (i.e. the pilot), which were then typically cast in February and March to be ready for the “upfronts” (i.e. series announcements from those pilots) in early May. Those shows would go into full production to start airing in the fall. The shows were typically 24 episodes per season and attracted relatively new actors who often wanted to move on as quickly as possible to film work.

Interestingly, not among the 1999 traditional pilots was a little television project airing on a cable brand known for bringing box office movies into the viewer’s home (hint hint). When The Sopranos aired on January 10, 1999, the television landscape was forever changed. Fast forward to about five years ago, and the traditional “pilot season” was utterly in flux. The subscription cable networks were even overtaken by other cable outlets (AMC, USA) who began creating original programming. By 2013, streaming media (i.e. Netflix, Amazon) were creating their own shows, as well. Instead of 24 episodes, they would put out only 13 and have them all go up at one time. Not only did this change how we watch television (bingeing, supporting higher quality and edgier shows), it also changed how pilots were made. Now A-list movie actors were returning to the screen, sometimes for limited runs that only required them to work a single shorter season. Plus, there were pilots casting year-round, diluting the need for everyone to cast during that crazy winter season.

But Hollywood is still slow to embrace change, especially when so much money is generated around the “dream” (more accurately, fantasy) of getting hired to work in a pilot. There are workshops, short-term apartment rentals, second-rate scams and out-right predation that occurs every pilot season. So this idea that February-March are the “make it or break it” months remains in actors’ psyches.

The truth is that pilot season is possibly the most over-hyped notion in the entire world of acting. While the odds against success are not at Powerball levels, they are slim nonetheless. I’m not talking about the whole going to LA without an agent and thinking something will “happen” while you are there (never go to LA without an agent, and certainly don’t expect them to have time to take meetings during the pilot season audition heats; they will be too busy trying to find work and negotiate contracts for their current clients to take meetings… any agent who has time to meet a prospective client in February or March is a scam at worst and a lazy incompetent agent at best).

No, what I’m talking about is the reality of being one of those people who beats the odds and actually books that coveted role. Here’s where things get personal. As most of my readers know, my kid is an actor. She has been in the business professionally for about eight years (having worked in regional and Equity theater before then). Her first major theatrical booking was as a lead in a pilot. When it wasn’t picked up, we were devastated. It took many more attempts (hundreds of auditions, including dozens of other pilot auditions) before she booked a lead in another pilot. That one wasn’t picked up either, but she almost** immediately landed another lead role in yet another pilot. Anyone care to venture a guess on the outcome of that pilot (if you must know, you can find the answer here)?

This is what really happens when you book a pilot:

So my kid is three-for-three in the no-go pilot race. The one pilot she was involved in that did get picked up (she wasn’t a regular on that show) only lasted half a season. Which got me to wondering: How many pilots actually make it to screen and then to a second season? I already knew that very few television shows ever made it past the first round of re-negotiations (typically at the end of season three, actors can renegotiate their contracts; this is why a lot of shows end after three seasons), but I was wondering how many even got that far.

Concrete numbers are not easy to find. There are a lot of discrepancies on various entertainment news sites. The Hollywood Reporter has the best “by the numbers” summaries, and I incorporated data from them along with Deadline, Entertainment Weekly and IMDB. The math is probably a bit fuzzy, but I suspect my numbers are close enough to draw some conclusions. Forget about the 500-800 pitches that are heard in those summer months (those are writers’ odds anyhow, and probably worthy of a separate blog post). And even with all the extra channels making pilots, the numbers haven’t gone crazy (this year, for example, I have noted approximately 90 pilots being shot, whereas I’ve seen numbers as high as 165; the actual number of pilots for the 2016-2017 season is probably somewhere in between… see below). So, let’s take a look at “pilot season” for the past five years:

In looking at these numbers, roughly half of all pilots ordered go to series. Thus, my kid’s ratios aren’t holding up (at least one of those pilots should have been picked up if 50 percent is the norm). However, when you look at how many pilots actually make it to a second year, the numbers really plummet (now you’re hovering in the 10 percent range). As already mentioned, even fewer make it into subsequent seasons. I can probably count on one hand the number of shows that have done really well this decade (Grimm, Person of Interest, Modern Family, New Girl, Once Upon a Time… yep, that’s it!). Scripted series—especially non-police procedurals—don’t tend to have a very long shelf life.

So, if you are an actor or the parent of an actor (if the latter, register here if you aren’t already there!), don’t fret on the numbers game that is pilot season. Even if you land a job, the chances of sitting down with friends and a bowl of popcorn to watch your series just aren’t very good. Audition, enjoy the journey, but this time of year is just business as usual as far as I’m concerned.