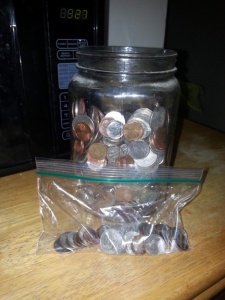 There’s a horrible truth about the United States that far too few people want to contemplate. Despite all our wealth (and by that, I mean a collective GDP that breaks down to almost $50,000/person based on 2012 numbers), there are many people who are homeless in the USA. Because we don’t like to consider that in “the land of opportunity,” homelessness is even a thing, there are no concrete numbers of how many homeless people make up our population. Conservative numbers (i.e. generally based on shelter populations) count roughly 1/2 of one percent of Americans as homeless, but consensus among non-profits that work to combat homelessness puts the number just shy of one percent.

Based on these figures, almost 20 percent of all homeless people in America currently “reside” in New York City. Even here, with a strong coalition against homelessness, numbers are sketchy. Last June (when temperatures were quite warm, meaning there were probably more people on the street than in the shelters), NYC hit an ignominious all-time high of 53,615 people in the homeless system. During all of 2013, more than 111,000 different homeless people used the shelter system at some point. Of these, nearly one-third were kids! Now, if you assume at least 10 percent of people living on the streets of NYC never enter the system (probably a conservative estimate), almost two percent of New Yorkers are homeless.

The reasons for this are varied, not the least of which is a lack of affordable housing (having recently moved into a “cheaper” place myself, I plan on writing about this further in an up-coming post). However, the constant presence of the homeless in NYC means that we residents who have homes have to face the “horrible truth” that so many citizens of this country (who are housed) do not have to face. When you cannot get through a day without being approached by someone who is possibly homeless (more on that below), you start to parse what it means to be homeless (sometimes while praying you can make next month’s rent and avoid becoming a statistic yourself).

Barely a day goes by that I am not approached by someone for money. Sometimes it’s people on the subway begging, often it’s a “busker” performing for cash, frequently it’s a “clipboard do-gooder” wanting me to pay for his/her cause, sometimes it’s someone selling something. [For a hilarious take on what we commuters face on a daily basis, check out this funny video.]

Technically, “aggressive” panhandling is illegal in NYC (and the cops get to decide the definition of “aggressive”; the MTA makes regular subway announcements that giving to panhandlers is prohibited). Yet every day someone is on the train or approaching you on the street or interrupting your errands to ask for money for something. As a person with a conscience who feels things deeply, I find the breadth of the problem simply overwhelming. I have taken to putting on blinders (or, as my daughter likes to put it: “I’ve got earbuds in and I’m reading a book… on what planet do you think I want to talk to you?”); those weapons do insulate you to some degree from being approached.

Every once in awhile, I do give money to people. Usually it’s a buck or two, and the objects of my “generosity” range from a fella who claimed (and I believed him) that he had just completed a 21-day stint in Rikers for “repeated vagrancy” for sleeping outdoors (he wanted enough money to get into a hostel because he didn’t want to go to the shelter, assuming he even could get in as there typically are far more single males than there are beds for them) to musicians that bring a smile to my face with a great cover of a favorite song (most recently an excellent guitar rendition of “Here Comes the Sun” on the Union Square L-Train platform) to a former convict who wrote a book about how his experience in prison made him “man up” and change his life (he appears to have stayed on that path).

As part of a project for one of her college classes, my daughter tallied the number of panhandlers on the subways, coding for gender and race and the gender/race of anyone who would give to that person. She was looking for tendencies regarding prejudice (i.e. would white panhandlers be more likely to get money from white straphangers and would panhandlers of color be more likely to get contributions from people of their same race). While she wasn’t able to get a large enough sample to make any profound judgments (it’s hard to know exactly when and where panhandlers will show up), it did make me re-evaluate how I approach panhandlers in general.

Call it first world guilt, but I feel tainted somehow when I avoid eye contact as someone approaches me for “anything you can spare, a nickel, a dime…” and hope they pass me by. I’m by no means rich, and sometimes—to be completely honest—I have a wallet containing less than a dollar in my possession. I’m more likely to give to someone when I just came from the ATM than I am when all I have is two single dollar bills in my wallet (with no $20 bill to back them up).

Which got me to thinking… How can I ignore my fellow man or decide who deserves that dollar in my wallet and who doesn’t? Sure, I give to charity and I support causes, but can I really just ignore every 50th person I see in this city that never sleeps (including not sleeping under an overpass)? Yet, I am not wealthy. I cannot possibly handle 20 requests/day for money.

Like many Americans, I have a coin jar. You know the one I’m talking about. Maybe it’s your “swear” jar (curse and drop a quarter into it) or it’s just for those times when your wallet is bulging with pennies or it’s laundry day and your kid has a burrito receipt and change in his jeans’ pocket. You scoop up the coins and put them in the jar and eventually—when it’s almost too heavy to lift—you take it to one of those coin-counting machines and get real money for the coinage.

I decided to try a new approach to panhandlers. I want to acknowledge them and not to ignore them anymore. I took a small ziplock bag and put a fistful of pennies (and nickels, dimes and quarters) and stuffed the bag into the bottom of my very small satchel that I carry around the city wherever I go. From now on, when someone asks me for change or I see someone on the street with a sign (whether they are Romani or look high or seem genuine or are almost knocking me in the head with their flying feet—What time is it? It’s SHOWTIME!—I’m not going to judge), I will reach into my “coin purse” and drop a couple into his/her hat (or cup or paper bag or straight into a hand).

Because, honestly, I cannot stop homelessness by pretending it’s not there. And some day it might be me with my hat (or possibly my own book) in hand, looking for a bit of compassion and grace.