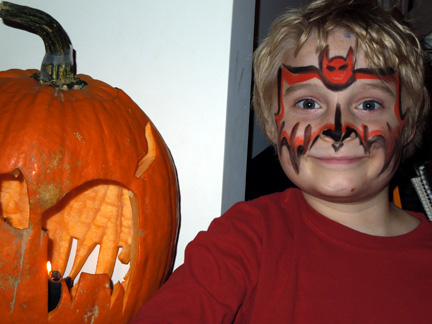 It’s not scary to go to school with kids who are different.

I have a bone to pick with those who would defund public education, but the worst offenders are those who would do so in order to profit on the taxpayers’ backs via so-called “school choice.”

I speak today of the Charter School, one of the worst developments to hit early childhood education since this country mandated that kids actually, you know, get an education.

Yes, there are lots of issues with schooling in America today and—while I won’t claim to have the solution, I do recognize what is deleterious to our nation’s youth—Charter Schools are exploiting these problems while robbing good schools of precious resources.

Let me just point out a couple issues with Charter Schools:

Which brings me to today’s story about a Charter School near us that was heavily recruiting my son last year. Turns out, they may be shut down due to lack of enrollment. Best. News. Ever.

However, I like to think that there is “good” gentrification and bad. I’m not keen on the Whole Foods, but I’m really happy that all the bodegas now carry organic produce. My local grocery did a huge renovation this past year and now has an addition that houses some of the best craft beer (at cheaper than WF prices) in the city. They’ve also got an entire aisle of Latin-based products with Spanish labels on it. I can experiment with Dominican cuisine while the Latinos can cook with produce that won’t give them cancer down the road (and they can pair with beer that isn’t skunked).

But guess what? I chose this neighborhood because of its, ahem, color. I like the diversity that my son is exposed to every single day. Sure, I am still gentrified, and my kid is in the gifted class that holds mostly white kids at a predominantly Latino school. I’m probably having my cake and eating it, too. But I didn’t take my white privileged ass over to this Charter School like they hoped I would.

And I think this, ultimately, is why these Charter Schools are blatantly failing: They will never attract the very kids they need to boost those test scores because the parents of those children are smart enough to work the system to get the best for our kids. My son can probably go to any school in the city, but I’m glad his high test scores are being credited to a school that was awarded a “C” school the year before we enrolled and is now an “A” grade school in NYC. A rising tide lifts all boats, as they say.

It’s precisely because I fled Manhattan that the community native to this neighborhood matters to me. I want the flavors and diversity. And I want the local public school to benefit from the influx of kids that bring them more funds and resources (i.e. richer and more engaged parents) to better their teaching efforts. The only “profit” my son’s school gets is knowing these kids are ready to go on to middle school, high school and independent adult lives.

So, to Citizens of the World, I say, “Don’t let the door hit you in the ass on your way out of North Brooklyn…”