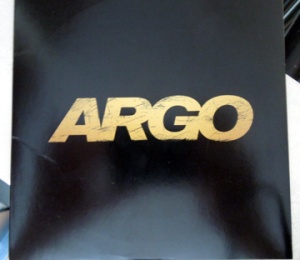 With a child in the entertainment business, this time of year is always crazy for us, with screeners and award shows and deadline votes to meet. I’ve always been an entertainment junkie, but with my daughter, now I’m far more invested in the business side of things. How and why certain movies get nominated are of particular interest. The process seems more political than any election that goes down in the public sphere.

When the Oscar nominations came out this year, I was shocked by the oversight of Ben Affleck not being nominated for his film, Argo. Since then, I’ve been watching with increased amazement as he rakes in award after award after award. Last night’s SAG Award for Best Ensemble in a Motion Picture was the biggest shock yet. Not because Argo isn’t brilliant or Mr. Affleck unworthy of the award, but Best Ensemble is not a “Best Movie” award per se. Frequently the SAG Award goes to a film that is not going to with the Oscar, simply because some movies (this year Life of Pi is an excellent example) do not lend themselves well to a vote about the quality of the entire ensemble.

Of the films that were nominated for SAG ensemble, I felt only two really stood out: The Best Exotic Marigold Hotel and Lincoln. My daughter felt that Argo was mostly about Ben Affleck, who played the lead as well as directed. There were several different “ensembles” throughout the movie, but they were pretty much separate from each other. For example, Bryan Cranston as the CIA head was in one part of the movie with lots of politicians chatting; the group of actors who played the trapped guests in the Canadian Embassy was another ensemble; finally, there was the comic relief duo of John Goodman and Alan Arkin. All these performances were great, but they were also somewhat in a “bubble” or isolated from the others. When my daughter sees an “ensemble” piece, she wants to see the actors interacting. Thus, there was no question that Les Miserables would ever get her vote: It’s almost entirely monologing (albeit while singing). (The fifth film, Silver Linings Playbook, had solid performances across the board, but why this movie even is in the running is a mystery to absolutely no one… it’s produced by the Weinstein Company… nuff said!)

So, how did Argo beat out Lincoln and will it do so again at the Oscars next month? I think the answer to the former is best summed up by one movie pundit:

Affleck is the epitome of the new Hollywood – a respected, married, multi-hyphenate who is smart, and smart enough to remember that movies are supposed to be entertainment.

“To remember that movies are supposed to be entertainment.” Yes! Exactly. Mr. Affleck recently gave a very interesting interview on Fresh Air, where he admitted that he played with the truth a bit to enhance the drama, but that if he stayed true to the historical record, this was okay. If you haven’t seen Argo this is a very tiny spoiler: No one knows if the Iranians were about to bust down the doors and seize the refugees and kill them in the streets. However, the fear that this was going to happen was very real. Mr. Affleck’s direction literally has you on the edge of your seat. Because we were able to watch the screener in the privacy of our home, I can admit that both my daughter and I were screaming at the television; that’s how caught up we were in the tension of the escape attempt.

A movie that is artistic and smart and entertaining?

Lincoln? With the exception of Daniel Day Lewis, I think it’s safe to bet that for the first time in 23 years (and only the second time in the past 80), the Oscar will go to a film without a nominated director.

Which brings me to my final point. The recent election had a lot to do with a generational shift in this country. Obama wasn’t elected because he was overwhelmingly popular, but because the GOP has become the party of Grandiose Old People. To some extent, this is what the Academy is, too. The old guard is hanging on there, and they simply do not “get” why a film like Argo is appealing to the non-six percent (that’s how many members of the Academy get to select Best Director nominees).

And just as the youth of this fine nation found nothing to take away from the Republican Party candidate in November, so the younger members of the Academy will find no reason to vote for the old-guard-style film making. Not only do they like the new stuff, they want to work with those directors and artists who have a vision for the future and aren’t living in the past.