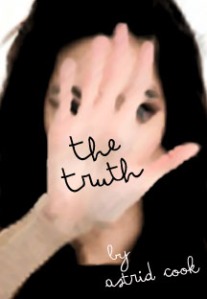 Here’s the thing: I went to college (several times, as it turns out), got a degree in journalism, worked for a daily paper, toiled in various communications jobs for 15 years. During that time, I watched my industry go by way of the steel mill. To add insult to injury, I have seen a lot of “writers” (deliberate quotation marks) come into my  industry with a degree of success much higher than mine.

So, not only am I old school, but I’m kinda pissed: While I appreciate that talent doesn’t require a degree, I’ve watched the dumbing down of America (a different post for a different day) in tandem with crap writing spoon-fed to uninquisitive readers. There’s no nuance in language; grammatical and syntax errors abound; heightened expression is not simply unwanted, it is now disparaged.

That is my past. However, let’s consider the reality of the present.

Today’s literary agent really doesn’t care if you can write; they care if you can sell. This isn’t because they don’t love the next great American writer. Simply, it’s a business. One that has become more treacherous as readership and general education decline in general. As for publishers, they rarely even consider unsolicited manuscripts. There’s no way to predict what will be a bestseller, so why risk being accused of plagiarism if they publish a similar book at some point?

Which brings me to self-publishing.

In my past life (say, a decade ago), the only self-published books were bad books. In general, writers wrote, pitched, re-wrote, pitched again, shelved, started over, wrote… and after many rejections, finally got an agent or a book contract. This was back in the day of large advances, royalties, and long-term relationships. Now, the lucky few who get a book published through traditional venues must relinquish a great deal of artistic control while going through multiple rewrites only to be rewarded with the task of marketing their book without much publisher support.

The reality is that while more titles continue to be produced each year, readership is declining. Publisher’s Weekly declared alarming statistics nearly a decade ago (that the average book sells a mere 500 copies), and those numbers likely have not improved since.

What this means is that any author (great, bad or middling) is probably looking at no more than $10,000 up front for an effort that may have taken years to write and get published. Even then, the author will probably sell mainly to his/her followers with the publisher bringing in additional devoted readers.

When I wrote The Truth, I had hoped to publish it through traditional means, but after pitching and doing some research into these realities, I opted to self-publish. The upside? If I can sell my 500 books, I’m doing better than a lot of writers out there because I’ve cut out the “middle man”; I may even get a bit of a following that will raise my profile in that traditional publishing arena. The downside? Being considered a “hack” at worst or an impatient writer at best.

Ultimately, however, it isn’t about perception or money. It’s about the work. While I’ll be the first to admit this book is not for everyone (I recommend anyone interested in buying first read the preview at Amazon), it is a really good book. It’s brutal, honest and funny in a very snarky/sarcastic way. It’s real, and that’s not going to be everyone’s cup of chai. I do think that it is worthy of being out there in the world of letters, and I’m thrilled that technology has allowed any writer to self-publish while the industry adjusts to a new paradigm in how books are created and disseminated.

One thought on “My About Face on Self-Publishing”