The World In Six / Travel 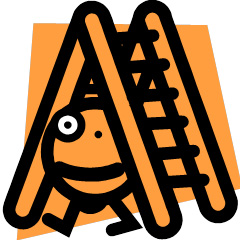 I think one of the most difficult things about writing a blog (or anything truly autobiographical, for that matter) is how much do I reveal about the real things in my life. How much truth is too much truth? I’m not malicious or cruel by my nature, so even if someone has truly wronged me, I’m unlikely to write about it in an open forum. However, I do realize that to create a story requires a level of initmacy that may make some people close to me uncomfortable. For that matter, it will probably make me uncomfortable knowing that my words may be misinterpreted (or, far worse, hit home!).

Thus, I proceed with caution but I do think there are “things to be said,” as they say. My very first post noted that I have never been goal-oriented. It is not that I lack conviction or resolve; I can work very hard and endure pain and suffering beyond what most people can (I’ve twice walked about on a broken limb; interestingly both times it was my right leg/foot that had been fractured). However, my parents pretty much raised my sister and me by osmosis. I don’t know if they consciously thought about how they were teaching us or if they just knew that we were basically good kids or what. My sister and I floundered a lot in our lives, but my “go with the flow” lifestyle left me at the whim of an awful lot of bad luck. Of course, there are plenty of people who think there is no such thing as bad luck. I am not superstitious at all, but I do think that some of us are luckier than others. For example, I was born caucasian and middle class in the greatest country on Earth. That was pretty much where my luck begins and ends, however.

Among the many bad luck choices I made was choosing my college and the major I thought was a good idea at the time. I majored in Russian, but soon the Soviet Union was failing and the need for Russian speakers quickly went the way of the cold war. Everyone was hiring Arabic, Chinese and Farsi speakers. So, I went for a second degree in Journalism. Apparently the fourth estate was not too big to fail, because that career went the way of the steel mills (for the most part; I have been able to pick up a reasonable amount of work online, albeit at half what I was making 10 years ago). I could go on, but the point is that I made solid choices that took me nowhere. In large part, this was because I never really set goals and worked to attain them. Much in life came easy to me, being bright and industrious by nature. However, if I had been raised differently, there is no doubt I would not be where I am today, for better or worse.

Among the failings of my parents, the worst was never teaching me about money. My parents only went into debt a handful of times in their lives (purchasing a house and paying for my sister’s and my education, for example). They would never have dreamed about having a revolving credit balance or having to take out a personal loan to pay their taxes. It just wasn’t how they did things. They were not particularly frugal; they simply lived within their means. I don’t think it ever dawned on them that sitting us down and explaining how the financial institutions worked was important. Perhaps, in their defense, they didn’t know themselves just how treacherous debt could be, having taken it on so rarely themselves.

I actually remember the first time I went into debt. I was living in Florida after leaving college the first time, and I had no furniture. I did have a $500 credit card that Citibank (or maybe it was Discover) had offered me while in school. I never spent to the maximum while at college and always paid it off in full. However, these institutions know too well how to hook you for life: As soon as I established an address outside of college, my credit limit magically increased to $2,000. I never really thought about it, but I knew I needed some items for my apartment. Off to the store I went and several hundred dollars in debt later, I had a few pieces of furniture to go with my new digs. That was 1988. I have never been out of debt since. I had student loans and car loans and mortgages and credit card debt. I managed to avoid what my sister was doing for awhile: Buying groceries on her Shell gas card. That may be the only bullet I managed to dodge, having never had a Dillard’s or Macy’s balance, let alone owing money to Exxon. It is someone terrifying to consider that, at 44, I have now spent more than half my life owing money to one company or another. And this doesn’t even begin to encompass the money I owe to my daughter or my parents. Chances are the latter will never be paid back, so whatever lack of foresight my folks had in raising me to understand the perils of debt has come back to haunt them in loud poltergeist fashion.

My interest payments alone are akin to a monthly maintenance. Of course, interest doesn’t even begin to whittle away at that debt load. Recently the credit card issuers were mandated to put lifetime and three-year payment plans. I kid you not: One of my credit cards said that if I paid only the monthly minimum, it would take me 2073 years to pay off what I owe. I found that so ridiculous that I saved the statement; I may frame it one day. The real insidiousness of these notifications are not that they are obscene (I’m truly not worried about a debt older than Jesus), but that if you do pay that three-year minimum, the next month your three-year minimum is reduced so that you are forever three years away from being out of debt. I was smart enough to write down my three-year minimum payoff back in December when my parents bailed me out, yet again. Thus, I do know how much I would have had to pay to be out of debt by December 2013. Of course, I have not been hitting that number, so I’m behind the schedule. It is my goal, however, to meet it as quickly as I am able.

Assuming I manage to have no more bad luck.